Model the Change You Want to See 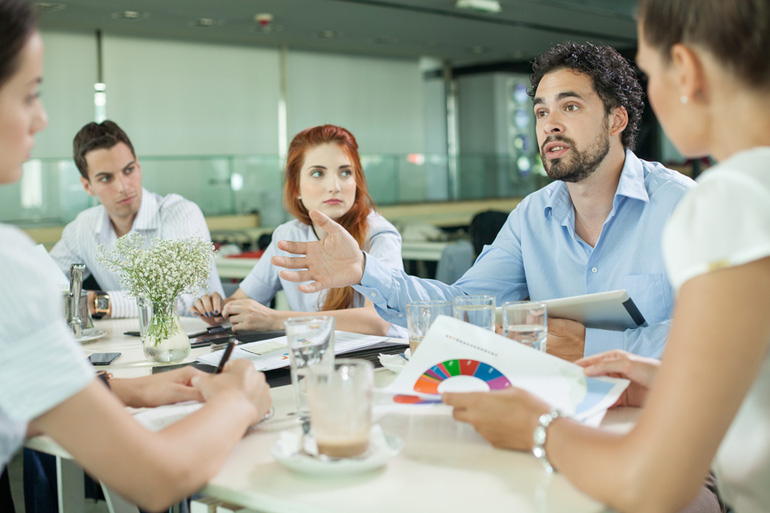 "The history of free men is never really written by chance, but by choice; their choice!"

Greece's history is replete with tales of heroes and the great battles they fought. Platea, Tangra, Coronea, and Chaeronea are but a handful of the battlefields that litter the small island nation. However, on a single spot marked by only a stark, white marble column in the middle of a grain field, you'll find arguably the most significant battlefield of all. It's a little-visited place called Leuctra, in the region of Boeotia, where in 371 BC General Epaminondas and his army from Thebes defeated the previously unconquerable army of Sparta.

It was a battle that forever altered Grecian history.

In Greek, Boeotia translates as 'cow pasture' so, essentially, Gen. Epaminondas and his armies vanquishing the most feared warriors in all of Greece was similar to the dairy farmers of Iowa marching on Washington, DC. It was simply too preposterous to consider.

Which is why their story is so compelling.

You see, the Spartans were professional soldiers, and war was their business. As such, they were used to enslaving hundreds of thousands of people and took great pride in devastating their foes in battle. Conversely, the Boeotian people were more of a loose union of citizen farmers than they were professional fighters. And they differed from their adversaries in a more significant way, they rebelled against the predominate thinking of the time when it came to the rights they extended to their people.

In Boeotia, everyone was considered a full citizen of the state simply by virtue of their birthright. All were individually empowered to lead their own lives, capable of creating their own destinies, and encouraged to exercise responsibility to do their part to improve their country. By virtue of this broad sense of everyone's potential to influence outcomes, leadership was not reserved for a special few, but rather was an opportunity afforded everyone.

To the Spartans, however, citizenry and all its rights, liberties, and opportunities were extended only to certain classes. Power was the possession of the privileged. Coercion and compliance were the norm. The only real measure of an individual's worth in their society was someone's wealth, pedigree, or position, especially when it came to leadership.

The fact of the matter is the Boeotians and Spartans could not have been more different.

In 371 BC, on the plains of Leuctra, Gen. Epaminondas and his army of free men squared off with the elite Greek warriors of Sparta, soundly defeating them in what to this day stands as one of the most unlikely victories in recorded military history. But that wasn't enough. You see, the citizen farmers insisted on pressing their advantage and taking the war to their enemy's front door—to the fabled city of Sparta itself.

And so they did.

What ensued was a series of battles that ultimately led to the Spartans' total defeat and, most importantly, resulted in the freeing of scores of Messenian slaves that had been doing the Spartan people's bidding for generations. The once-great nation of Sparta never fully regained its stature as a regional power. And, because of the collective efforts of an army of common people willing to accept personal responsibility for taking the initiative to lead the change they wanted to see, an empire built on oppression was finally brought to its knees.

No matter how many times we encounter stories of courageous people like the Boeotian farmers-turned-warriors, who stretch beyond established boundaries or deviate from expected norms in order to benefit others, we are both encouraged and inspired. Seeing or hearing about those who exercise personal responsibility for helping those around them lead a better, fuller life, leaves us wanting to know more. Their willingness to break the mold of how many of us think about our ability to promote change in our surroundings certainly gets our attention.

Understandably, few (if any) of us will be thrust into a position where we will have to liberate an entire nation from the oppression of slavery. We all, however, do get to choose how we show up in the world, just as we each are afforded opportunities every day to lead right where we are.

Howard Gardner, in his fascinating book Five Minds for the Future, provides a compelling definition of leadership that reinforces it has nothing to do with title, rank, position or privilege and everything to do with how you choose to show up when change is needed. He writes, "A leader is someone who is able, through persuasion and personal example, to change the thoughts, feelings, and behaviors of those whom he seeks to lead."

So whether it's choosing to lead troops into battle, contemporaries in the boardroom or students in the classroom, you can choose how you show up. You can choose to move people to action both through your words and by the example you set. If you want to raise the bar on your performance, here are some things to keep in mind:

Remember, every leader today starts somewhere. No one is born knowing everything they need to make a positive impact. Rather, leading is foremost about who you are, inside and out. It's about doing what you can, when you can, where you can to add a little magic to the moment by making the most of opportunities to guide, inspire, and be helpful in a way that willfully does for others what you would like others to do for you—one opportunity to set an example worth emulating at a time.

John Michel is a widely-recognized expert in culture, strategy & individual and organizational change. The senior-curator for GeneralLeadership.com, he is an accomplished unconventional leader and proven status quo buster who has successfully led several multi-billion dollar transformation efforts. His award-winning work has been featured in a wide variety of articles and journals, including the Harvard Business Review, Huffington Post, Switch & Shift and the Washington Post. In addition to serving the nation as an active duty General Officer in the United States Air Force, John enjoys helping people learn to walk differently in the world so they can become the best version of themselves possible. You can learn more about John at his website, www.GeneralLeadership.com, or reach out to him on Twitter at @JohnEMichel.