What Businesses Can Learn from the Golden State Warriors 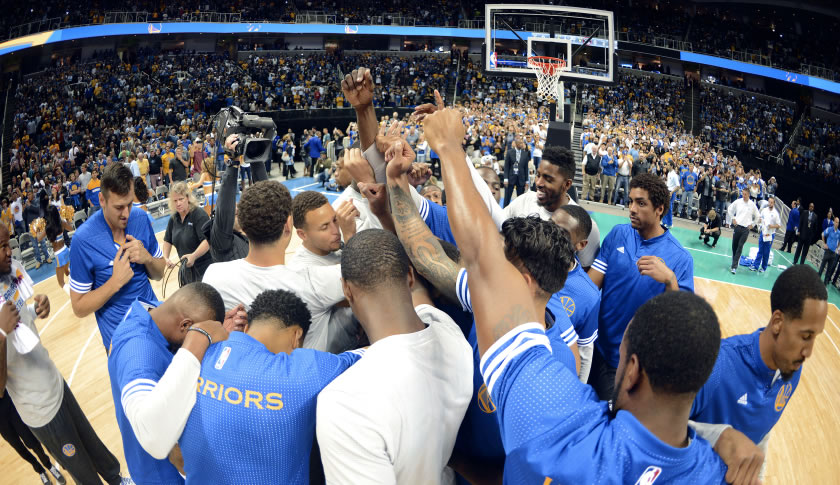 The Golden State Warriors often seem more like a giddy pack of six-year-olds than a professional basketball team. But the defending NBA champs will tell you that playful bonding is central to their basketball prowess. And the joyful sense of camaraderie at the core of Golden State’s success offers several lessons to companies about how to build a high-trust, competition-crushing culture.

In fact, my organization, Great Place To Work, has found that a fun, inclusive community spirit defines not just the Warriors but the World’s Best Multinational Workplaces. Together, these world-beating organizations show that esprit de corps is far from a soft-headed, “nice-to-have.” It’s a hard-nosed business advantage.

Winning Ways from the Warriors

It’s rare to find real, ego-less teamwork in companies, but those efforts are particularly important for generating breakthrough products and other business wins.

We recently discovered that greater cooperation, effective communication and extra employee effort are attributes of workplaces with high levels of camaraderie. 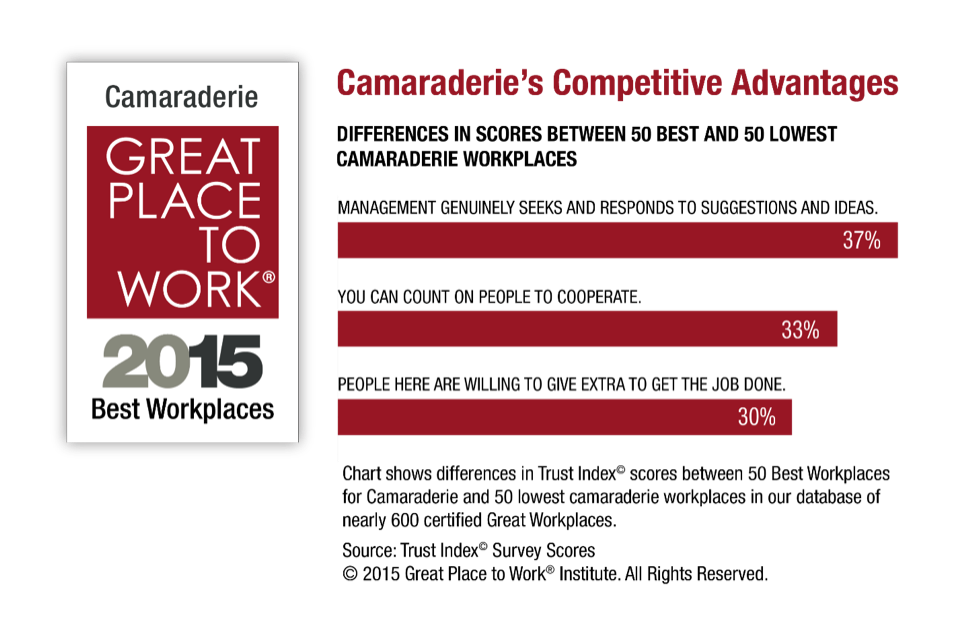 This research on the measurable business benefits of esprit de corps came as we assembled our first-ever list of the Best Workplaces for Camaraderie. Inspired in part by the Warriors’ impressive, team-spirit-fueled success, the list features the 50 companies — of the nearly 600 organizations with Great Place To Work Reviews — that not only receive high scores from employees about their workplace overall, but the highest ratings regarding how well employees enjoy working together.

Golden State won 24 games to start this season before recording their first loss Dec. 12. The winning streak not only set the NBA record for best start to a season, but also put the Warriors ahead of the 1884 St. Louis Maroons baseball team for the best season beginning in any of the major U.S. professional sports. Coincidence? We think not.

Nor do the Warriors, who are laughing and high-fiving like a bunch of kids.