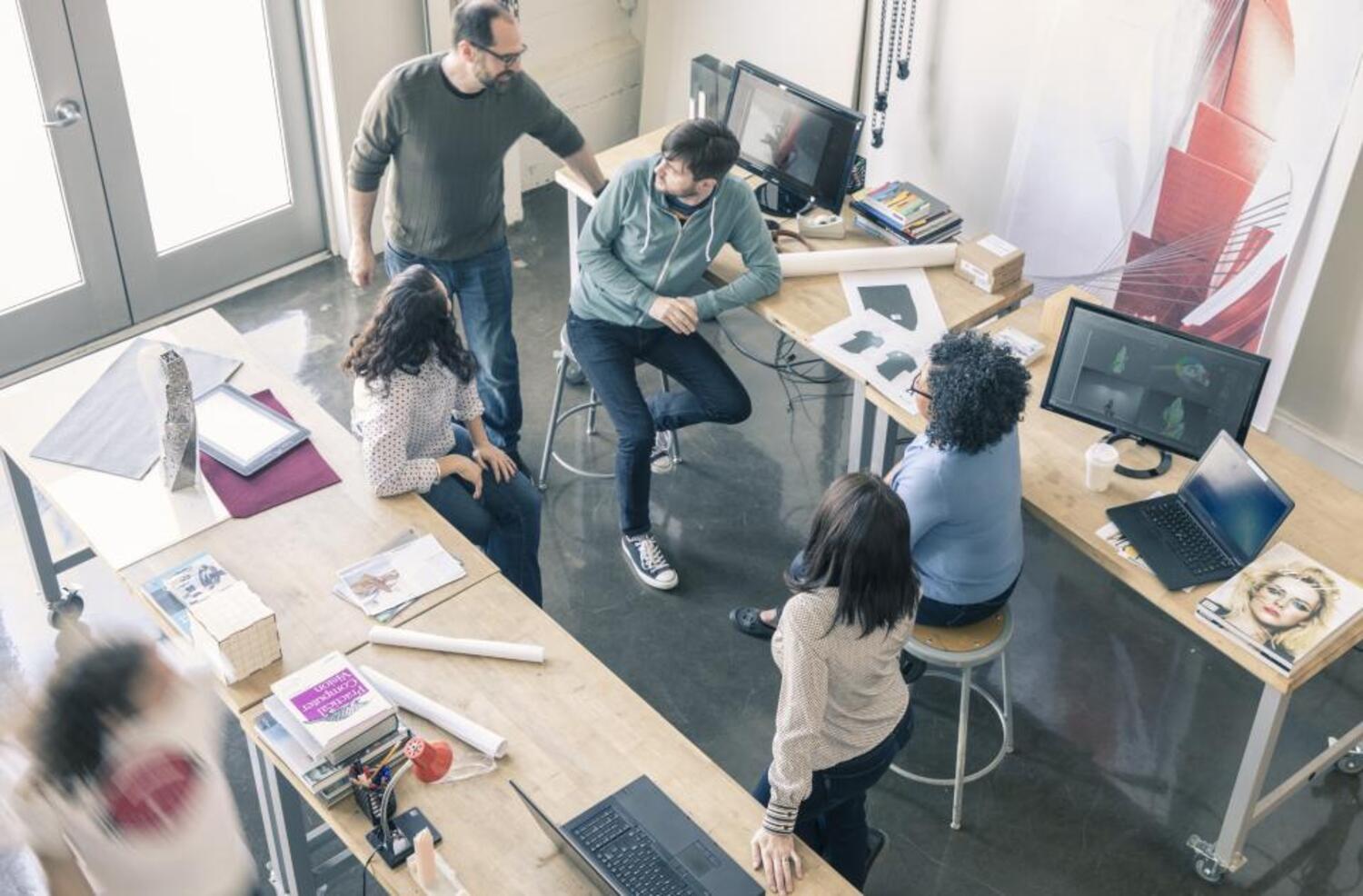 I recently conducted an exit interview with a team member who had interned at Stories for a year. She gave great feedback. One thing surprised me: her favorite thing about her experience was our company-wide offsite, where we talk about our company’s financial performance. That was just a few weeks into starting with us. It was the least recent but most impactful experience for her.

“It was very clear how the work I did fit into how well the company performed financially when I could see the big picture,” she said.

I shouldn’t be surprised. Transparency is a company culture best practice. It contributes to a culture of high trust. According to the newly-released book, A Great to Work Place for All, a high trust culture has proven positive side effects, including increased levels of innovation, stock market returns two to three times greater than the market average, and turnover rates approximately 50 percent lower than industry competitors (p. 23).

Most people would say they want to work for a transparent company (no one wants to be lied to). But, transparency is tricky because it doesn’t mean the same thing to every person. There are varying degrees of transparency.

How an organization pays its people, how they communicate their own financial performance, and how feedback is given within an organization can show varying degrees of a culture of transparency. Let’s take a further look at a few companies who are practicing transparent leadership.

Buffer, a software application that provides a platform for social media managers to oversee accounts, publishes their salaries for all to see, including the formula they use to determine compensation so that everyone, candidates and employees, gets a message of fairness in pay.

Even more interesting, Buffer has an online calculator to show candidates what they would earn if they started working at Buffer, removing awkward negotiating back and forth. Even better: because Buffer has a distributed workforce, they included cost of living differences in the calculator.

For those that work for Buffer, it sets a transparency standard for the rest of the employee experience. Read here to see what else Buffer does to keep transparency going once you’re a member of the team.

Baremetrics, a bootstrapped SaaS company, has a public-facing dashboard that shows all their financial metrics in real time, to include monthly recurring revenue and run rate, and daily updates that show converting and churning customers. Click here to see their financial performance in real time. In the name of transparency, this is a bold move. However, Baremetrics sells real time dashboards, so this is also a product demo.

Profitability is one the core values at Workday, a leading provider of enterprise cloud applications. Yet, from 2005 until just last year, they were not a profitable company. At the Great Place To Work For All Summit this past spring, Workday CEO Aneel Bhusri addressed this head on.

In response to a question about why profitability is listed last as a value, and what investors might thought about that, Bhusri answered: “Well, our stock hit an all-time high today,” before adding: “Because we’re finally profitable.”

In what’s become a classic story, one day Ray Dalio, founder and former CEO of investment management firm Bridgewater, got an email from a colleague that said this:

“Ray, you deserve a D-minus for your performance today in the meeting. You did not prepare at all because there was no way you could have been that disorganized.”

Not only did Ray share it within the company, but he showed it to more than 1,800 TED talk attendees and 2 million viewers (watch the talk here).

“Isn't that great?" Dalio said to the audience. "That's great. It's great because I need feedback like that."

Bridgewater is known for a culture of radical transparency, with several interesting yet controversial programs. They are an example of how a totally transparent organization isn’t right for all of us. Twenty-five percent of new Bridgewater employees leave before 18 months. Someone considering a career at Bridgewater may agree with the idea of radical transparency, but it’s entirely different to experience it in practice. Bridgewater records most conversations and has been known to publicly rank their managers, which could be uncomfortable for some.

Bridgewater’s culture of frank feedback might be a degree too far. Transparent salaries at Buffer might not be enough. But hearing specific stories from employees help gauge how comfortable you would be in a specific environment, especially if transparency is important to you.

At Stories Inc., we don’t share salaries. We don’t have a running dashboard that shows how we’re doing at every point and time, and we don’t rank performance publicly. But one day we might take another step in that direction, after learning about high trust culture performance from Great Place To Work. After hearing that sharing our financial results twice a year further connected a team member to our company and established trust from the beginning, we want to do more.

Great Place to Work® is a global people analytics and consulting firm that helps companies of all sizes produce better business results by focusing on the work experience for every employee—our research shows there’s a clear and direct relationship between employee engagement and financial performance. Over the past 30 years, we have surveyed more than 100 million employees to help organizations around the world identify and build high-trust, high-performance workplace cultures. Powered by decades of research, Emprising®, our Software-as-a-Service survey and analytics platform, empowers companies with access to the assessments, data, and real-time reporting needed to help them create a meaningful impact on their business, their people, and their culture. Through our certification programs, we recognize outstanding workplaces and produce Fortune’s annual list of the 100 Best Companies to Work For, as well as a variety of other Best Workplace rankings in the United States and in more than 60 other countries. Everything we do is driven by our mission: to build a better world by helping every organization become a Great Place to Work For All by the year 2030.

Read our new book: “A Great Place to Work for All: Better for Business, Better for People, Better for the World.” Learn more at Greatplacetowork.com and on LinkedIn, Twitter, Facebook and Instagram.