How has race in the workplace changed in the 60 years since Dr. King’s famous March on Washington for Jobs and Freedom, what progress have we made? What needs to change?

Martin Luther King Jr. Day is a time to reflect on the state of racial equity.

What has changed in the 60 years since Dr. King delivered his famous “I Have a Dream” speech from the steps of the Capitol?

The election of President Barack Obama felt like a mark of significant progress in the centuries-old struggle for racial equality in the U.S. But the changing political climate, racial reckoning of 2020, and subsequent racially motivated violence have left many discouraged.

The workplace isn’t exempt from the push for racial equity. Quite the opposite. Workers expect leaders to make public statements against racism and for inclusion. And people who don’t feel they can be their authentic selves at work are quitting.

“If I think about Dr. King's words and the manifestation of them, if he could project forward, how would that show up in business? It would be in trust,” says Brian K. Reaves, chief belonging, diversity, and equity officer at UKG. “Trust is the ultimate currency.”

That starts with high-trust leadership behaviors: treating everyone with fairness and respect.

We all want to be seen for who we are, not how we look. And that points directly to the most famous line in Dr. King’s speech: "I have a dream that my four little children will one day live in a nation where they will not be judged by the color of their skin, but by the content of their character."

“To me, that's the bar. Whether it's in business or life, that's the metric by which I view progress,” Reaves says. “Am I seen for me, or is there some other attribute that will then lead people to some determination of who I am and what I'm capable of?"

How would Dr. King grade the workplace today?

“Have we moved forward? Absolutely, but at a slower pace.”

The Black and white experience at work remains divided 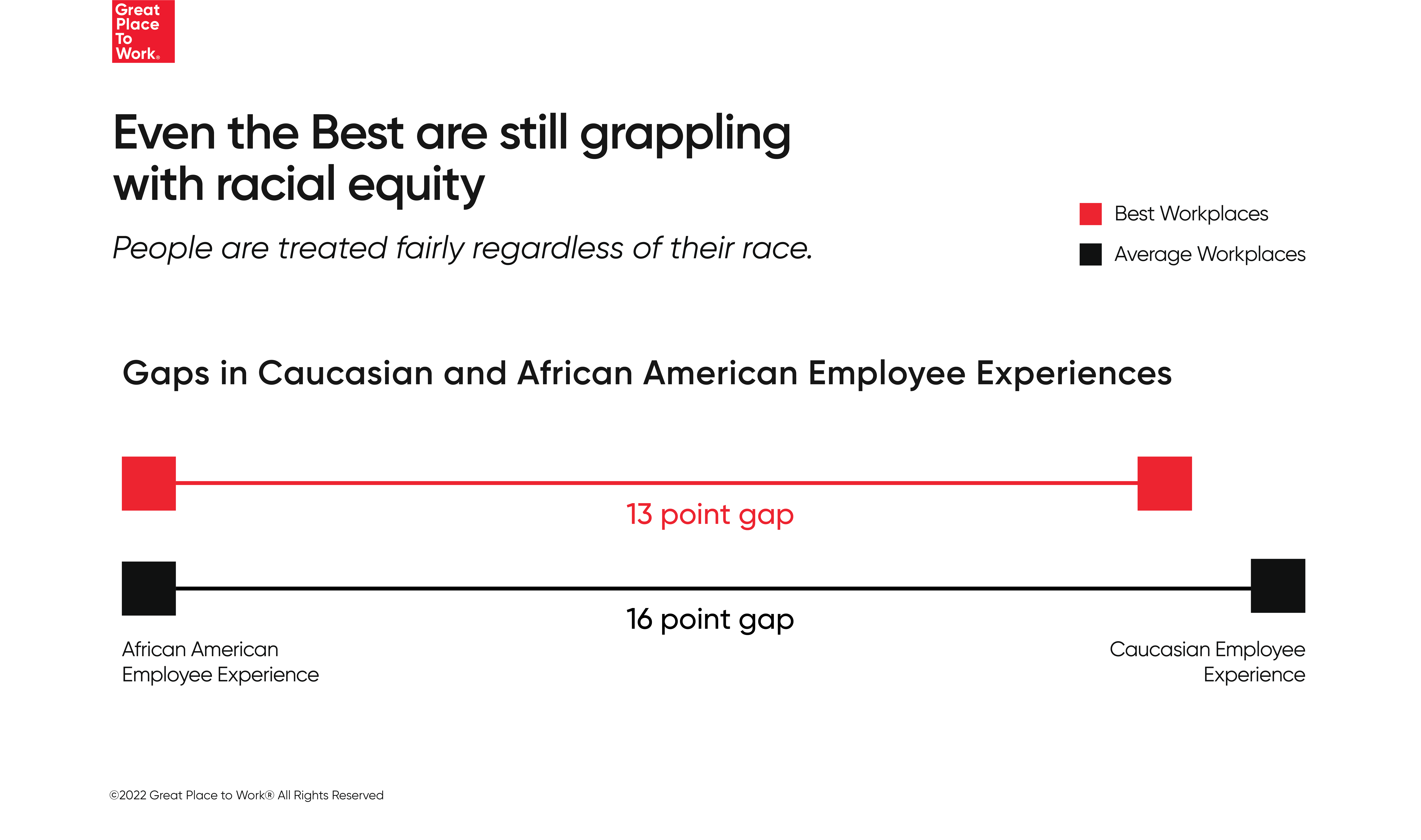 That happens when companies take the extraordinary effort to put diversity, equity, inclusion, and belonging (DEIB) at the core of how they operate.

“It really comes down to how and why a company would prioritize diversity, equity, inclusion, and belonging,” Reaves says. “For many, they have to first see the business value: greater innovation, greater employee engagement, greater retention. Those things you know are a great benefit to the top and bottom line of a company, so in a business, those are very motivating factors … but what are you willing to do to be better?”

It takes more than appointing a chief diversity officer or setting up employee resource groups (ERGs) as checklist items. Progress is made through intention and action at the highest levels, which penetrate every level of the organization.

"MLK Day can't just be about Black people. It has to be about all of us acknowledging the important role we as advocates and allies play in change. And that's what Dr. King wanted." - Brian K. Reaves, chief belonging, diversity, and equity officer at UKG

A stumbling block for many, even the most well-intentioned leaders, is the difference between diversity, equity, inclusion, and belonging, Reaves says.

Many companies confuse diversity with inclusion. They are not interchangeable. As diversity advocate Verna Myers famously says, “Diversity is being invited to the party; inclusion is being asked to dance.”

In the workplace, you might hire more workers who are non-binary, but what happens after they’re hired? Are their opinions asked for, heard, and included?

“I can include you in a meeting, and never ask your opinion,” Reaves says. “I’d say I included you, but I didn’t.”

Equity also isn’t interchangeable with diversity and inclusion, and Reaves says it requires an ecosystem of support.

“Equity is really where everyone has access to the same treatment opportunities and investments,” he says. “You need equity of representation, opportunity, compensation, and well-being. You have to have all of them.”

A change in the workplace that Dr. King would likely welcome is the increased recognition of allyship. It’s important to remember that the majority of people in the March on Washington — estimated to be about a quarter of a million in number — were not Black.

“Change only happens, or most typically happens, when the majority gets into the game, meaning they begin to lean in and advocate for topics that are important to the minority,” Reaves says. “Those Civil Rights Acts would've never gotten passed if, in this particular case, white men in government had not said, ‘This is wrong and therefore we will have laws that protect this minority.’”

The importance of allyship in the workplace cannot be understated.

“MLK Day can't just be about Black people,” Reaves says. “It has to be about all of us acknowledging the important role we as advocates and allies play in change. And that's what Dr. King wanted.