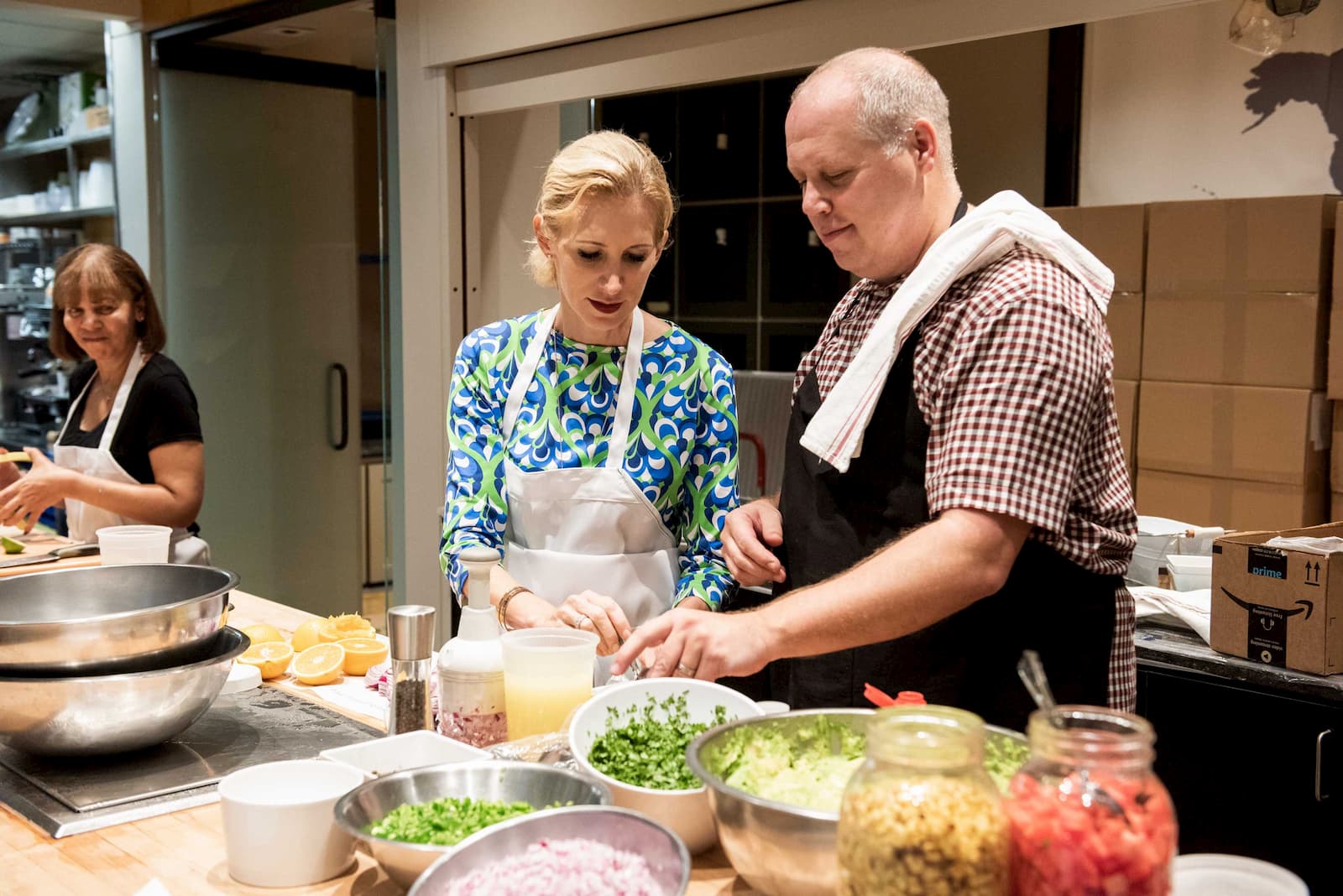 Though the company has made a major push for innovation over the past decade, fostering new ideas and betting on fresh business approaches has been part of Marriott’s approach from the start.

Back in 1927, J. Willard Marriott opened a root beer stand in what’s now the Columbia Heights neighborhood of Washington D.C. The son of a Utah sheep rancher, Marriott showed entrepreneurial promise early in life. At the age  of 13, he made $2,000 by raising lettuce on a corner of his family’s farm. Later, while passing through the capital as a missionary, he recognized that the sweltering city was ripe for an A&W franchise.

Soon Marriott, his wife, Alice Sheets Marriott, and their partner, Hugh Colton added hot food to their menu, transforming the root beer stand into a chain of restaurants called Hot Shoppes. Additional locations, including the first drive-in restaurant on the East Coast, came within a year. A decade later, Marriott saw the promise of commercial aviation and began an airline catering operation. The founders’ son, Bill Marriott, expanded into hotels in 1957. Over the years, Marriott became one of the first hotel companies to launch a loyalty program and the first to offer a portfolio of brands. Starting in the early 1990s, it pioneered an asset-light model in which it managed hotels for a fee, leaving the capital-intensive business of building and owning properties to others.

“We’ve reinvented ourselves many times over during our 92 years,” says Debbie Harrison, one of the founders’ grandchildren and the company’s global officer for Marriott Culture and Business Councils. “Otherwise, we wouldn’t be here.”

Still, as in every industry, the pressure to be innovative has become more intense. “The world is crazy fast in terms of evolution,” says Stephanie Linnartz, Marriott’s global chief commercial officer. “Companies that don’t innovate and change at an even more rapid pace than they did a decade ago probably aren’t either going to be around and/or be healthy. The growth of technology and the world population has forced companies like us—even though we had innovation in our DNA—to step up our game.”

Over the past several years, Marriott has released a plethora of smart new products, introducing keyless room entry, a home-sharing program, and virtual assistant-equipped rooms. The company produces groundbreaking content and leverages geo-fencing technology to initiate surprise and delight moments with guests while on-property. Marriott even won Gold and Silver Creative Data Lions at the 2017 Cannes International Festival of Creativity and a 2018 Platinum Shorty Award for its real-time social media command centers around the world. In 2020, Marriott’s Ritz-Carlton brand will launch a luxury cruise line. The company has demonstrated a level of agility that’s rare for a large organization—much less the largest hotel company in the world, which it became in 2016 after purchasing Starwood.

Over the past 10 years, Marriott’s revenue has nearly doubled; profits grew from $94 million in the third quarter of 2008 to $483 million for the same quarter of 2018. The company’s financial success is not surprising given its inclusive approach to innovation. In effect, Marriott is building what we at Great Place To Work call an “Innovation By All” culture—a work environment in which all employees create, are connected and contribute. Our research on 800 companies has established that the organizations that are most inclusive in their innovation activities grow more than five times faster than their less inclusive peers.

Marriott has managed to shift its culture even though it’s in a particularly difficult position to do so. “This business model doesn’t intuitively lend itself to innovation,” says Jennifer Hsieh, vice president of Customer Experience Innovation. Most modern hospitality companies don’t own the properties that bear their brands—which means that owners and franchisees quite literally need to buy into changes. “Every time you ask an owner or a franchisee to put something new in their hotel, they ask, 'What’s the ROI?” Hsieh says. “Well, innovations don’t have a guaranteed ROI because we haven’t done this before.”

Marriott’s transformation from a company that expanded by duplicating successful hotel models to an invention-focused organization is impressive. Hsieh says, “When I first joined Marriott 10 years ago, it was an operations-, scale-, and finance-driven business. It was about grow, grow, grow, and replicate—you’ve got a great looking Courtyard, let me replicate that in dozens  of secondary and tertiary markets. We have fostered an incredible culture in a very short amount of time —while scale is important, we’re now reinventing and expanding with a laser focus on our customers.”