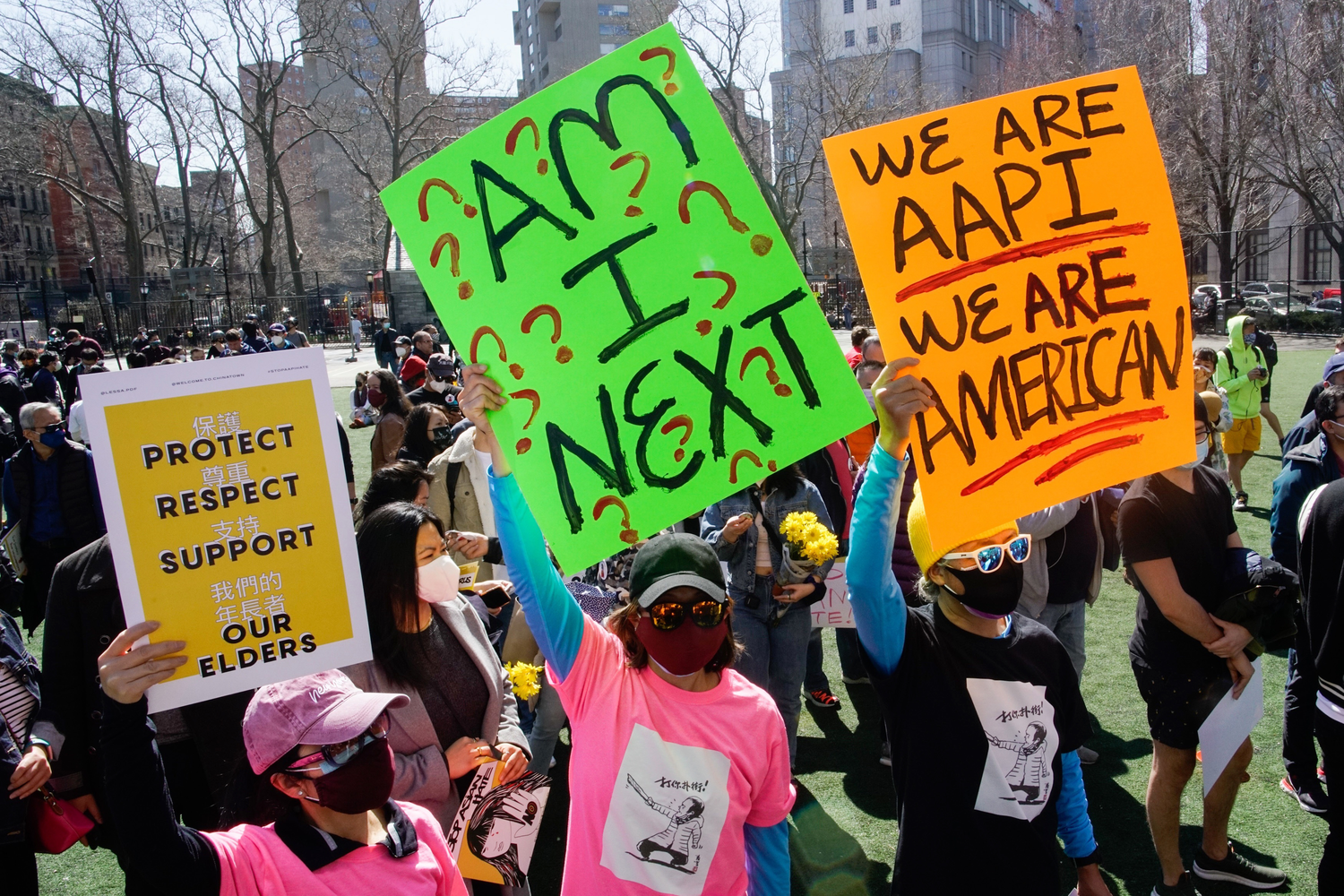 Women are naturally warm and nurturing.

Black men have greater athletic capabilities than other men.

These are all “positive stereotypes” we don’t often associate with racism and violence. In fact, some might say they’re a good thing. They are assumptions that have been woven into the fabric of our nation over time. They are reflected in the media,  government policies, education systems, and the workplace.

According to social psychologists, a “positive stereotype” refers to a subjectively favorable belief about a social group. Take the “model minority” stereotype, for example. This stereotype portrays Asian Americans as the “chosen ones,” and it attributes their success in America to assumptions about their capabilities.

The problem with this “positive stereotype” is that it erases the widespread, hate-fueled violence Asian Americans have experienced throughout history and continue to experience today. It also undermines the AAPI community’s resilience and reduces this resilience to assumptions about their ability to assimilate.

As we have seen in the past year and throughout history, it is the act of silencing vulnerable populations and the lack of critical truth-telling by those in power that leads to death.

Why there’s no such thing as a positive stereotype

All stereotypes are rooted in fear, created by a dominant group to manipulate others and maintain power. Post-World War II, as the Civil Rights Movement grew, those in power were threatened by the possibility that those who have been historically subjugated would unify.

In fact, that’s exactly what was happening. The model minority myth was born out of a politically polarizing time and has since been used to drive a wedge between various marginalized communities.

Positive stereotypes are not rooted in truth. While the group associated with these sentiments might initially feel a sense of acknowledgment and belonging, their feelings will shift as they become aware of these stereotypes’ role in perpetuating institutionalized racism.

We stand in solidarity

After decades of discrimination against Asian Americans, we are seeing something that was not commonplace in 2019 and prior: a massive wave of solidarity statements.

The dual-threat of COVID-19 and racism continue to expose both our ugly roots, and the long journey we must take in order to get to where we need to be as a society. In these incredibly painful times, we’d be remiss to remain ignorant.

We must address head-on our propensity to frame any falsehood as truth as an attempt at upholding the status quo of power and privilege and the structures that support it.

Leaders have asked me what they can do now to bring their people together. Here is what I’ve recommended:

How to support Asian colleagues amid racial violence in America

As we stand in solidarity with our Asian American communities and will work to stop the racist violence and insidious harassment that has been plaguing the AAPI community for far too long. We will work together to eliminate the structure of dominance entirely and replace it with a more equitable and fairer one.

We know it will take much more than solidarity statements against anti-Asian American violence to alleviate the pain within the community. Business plays a key role and has a huge stake in this cause. As the driver of capitalism, their power and influence fuel the economic engine. Together, we can make sure the economic engine is a force for good, For All.

As a commitment to our community, Great Place To Work supports Asian Health Services, an Oakland-based health agency founded in 1974 to provide health, social, and advocacy services for all regardless of income, insurance status, immigration status, language, or culture and is a fiscal sponsor for the Oakland Chinatown Ambassador Program & Victims Fund.

We encourage you all to find ways to support organizations making a direct impact in your communities around anti-Asian violence and harassment. Learn More.