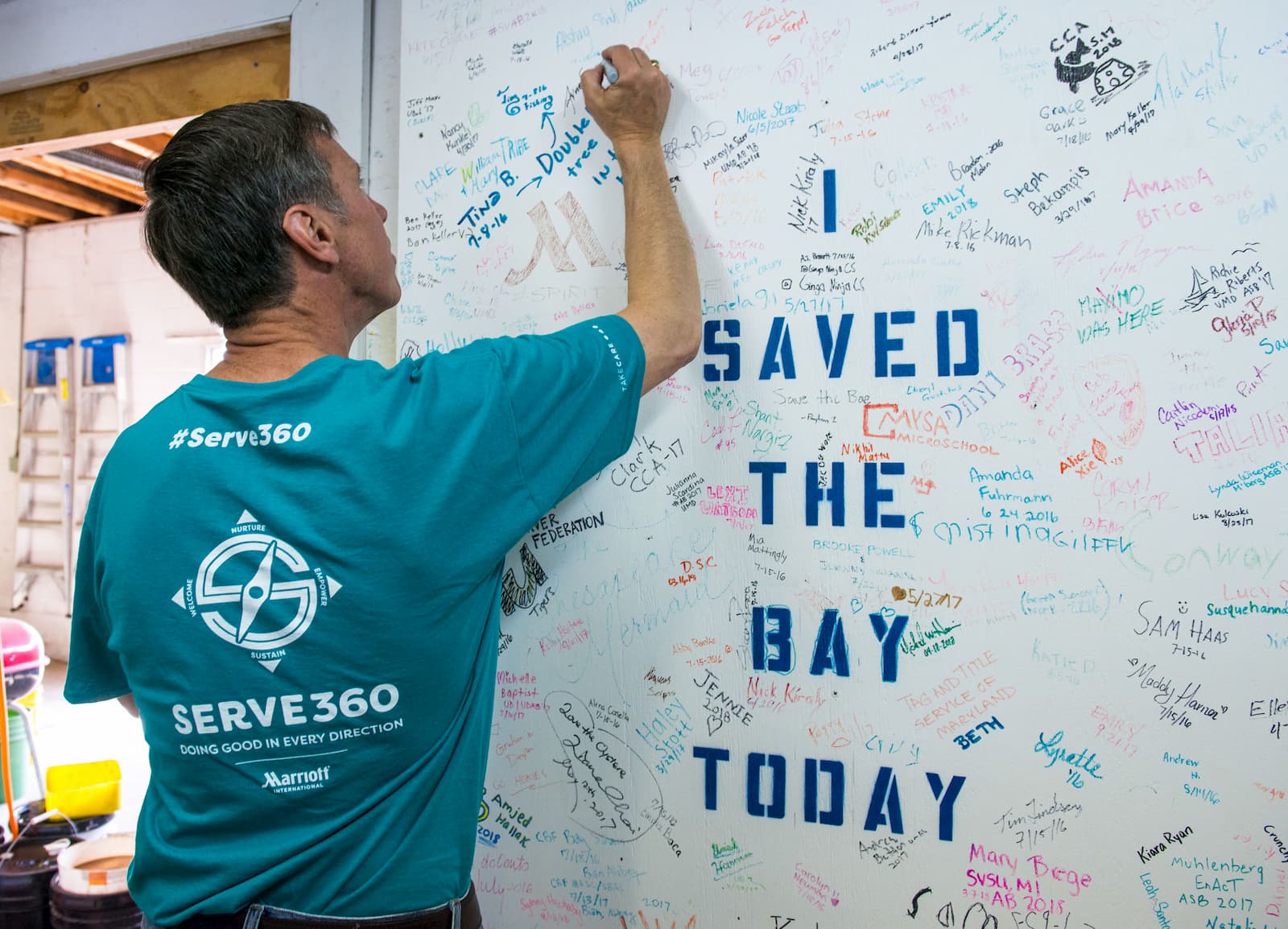 When the recession hit in 2008, scores of Marriott employees started losing their health insurance. The global financial calamity hit the hospitality industry hard, which meant less work for hourly employees—and, under Marriott policies, fewer of them qualified for health benefits unless an exception was made.

David Rodriguez, Marriott's Global Chief Human Resources Officer, still remembers the morning he brought the problem up at a staff meeting. “Bill Marriott was CEO back then,” he says. “I was just 30 seconds into my plea when he cut it off and said, ‘Well, this is obvious what we need to do. Suspend that rule.’”

For Rodriguez, it was a shining example of how Marriott’s leadership has built its culture by doing right by its employees. “A lot of companies will go out and say, ‘Our employees are our most important asset and we’re all family here.’ But they drop the ball when it really matters.”

Last February, Bill Marriott’s successor had a parallel moment. The passage of the Tax Cuts and Jobs Act meant the company would get a tax windfall. The company’s top executives were scheduled to go on a strategic planning off-site. The night before, Sorenson, the CEO, called Rodriguez and suggested that they delay the start by a couple of hours and use the time to figure out how to share some of the gains from the windfall with employees.

“We outlined spending $140 million on programs in support of our employees’ well-being, offering a one-time $5-to-$1 retirement savings match," Rodriguez says. “He knew he’d be taking a chance, because he’d have other constituencies saying, ‘Why did you choose to do that when other companies didn’t?’ I think that’s going to pay dividends over time.”

In fact, Great Place To Work research has found connections between employee well-being and innovation success. Among the hidden barriers to innovation that we discovered is "Running Too Lean." When employees struggle to make ends meet—say, in the form of paying for health insurance—they can’t participate fully in innovation. Another hard-to-see hurdle to effective invention is “Everyday Fear.” That refers not to traumatic worries like looming layoffs or a dress-down by the boss, but rather to employees’ low-level anxiety that they cannot ask for time off to care for themselves or loved ones. At Marriott, the vast majority of employees are free from this innovation-impeding fear. 86 percent of staffers say they can take time off when necessary.

Abelino Martinez was a high school student when he started working at Marriott as a lobby greeter for the Courtyard Marina Del Rey in California. He continued with the company while he studied for his degree in business management. At one point, his manager sat him down for a chat and said, ‘You really show that you have passion for this company. How can I help you?' Martinez explained to his manager that his priority was completing his schooling so his manager made sure the schedule allowed him to do just that. Martinez recalls, “It was something that I was thankful for, and really something that I remembered. I do the same now with all my hosts.” In doing so, Martinez is in line with the company’s culture: nearly eight out of ten Marriott employees say they’re encouraged to balance their work and personal lives.

Martinez was promoted to manage housekeeping at the Renaissance Los Angeles Airport (and now is at the Irvine Spectrum). When he came in, the department had relatively low engagement scores. He started listening and making changes to support associates, from buying new vacuums to changing the size of the schedule. (The small type had been difficult for older associates to read.) He implemented a small innovation, making it poster sized. Under his leadership, engagement soared.

For the full story, read A New Marriott - For All and by All today.