A New Marriott - For All and By All 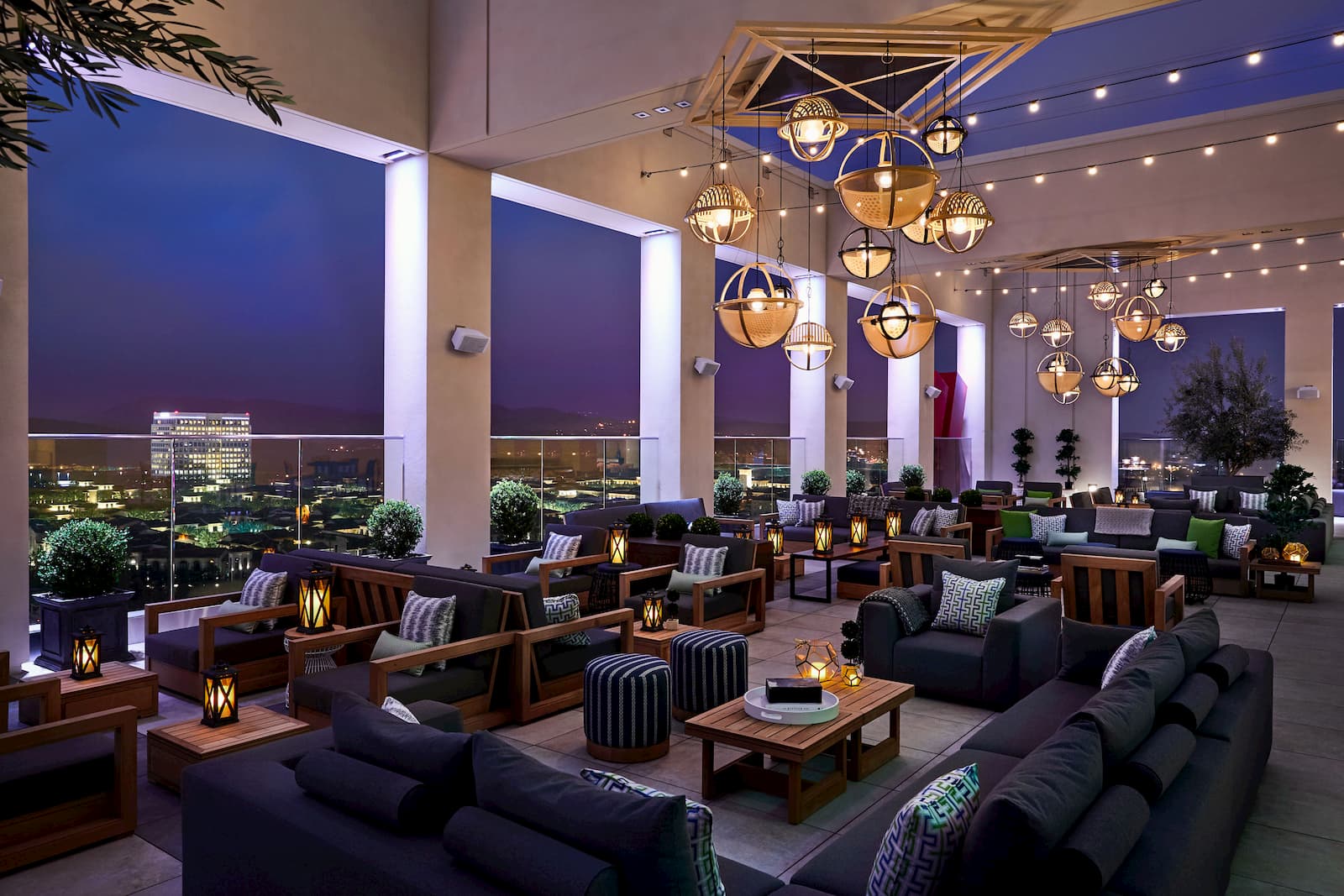 The hospitality giant once expanded by replicating its successes. Now it is growing through innovation— and its culture of fresh ideas is fueled by a commitment to diversity + inclusion.

At the Marriott Irvine Spectrum in Southern California, you won’t see interior designers testing new bedding, reviewing a variety of fabric swatches, or taste-testing new food and beverage options. Instead you might notice the open-flow lobby furnished with angular leather wing chairs and tweedy ottomans. But make no mistake: This hotel is also a lab.

Marriott International unveiled its first hotel innovation incubator, the M Beta at Charlotte Marriott City Center, in 2016 to much fanfare. A year ago, it opened its West Coast counterpart in Irvine, Calif., the tech hub of Orange County, about 40 miles south of Los Angeles.

Marriott Irvine Spectrum is a proving ground for new ideas, from open, flexible lobby layouts to rooms equipped with voice-activated assistants. It’s also a potent symbol of how the company has changed direction in recent years. The lab hotels are a key ingredient to re-thinking the company’s legacy brand, which is only one of the 30 hotel brands it manages within the Marriott International portfolio, after a recently-completed merger with Starwood Hotels & Resorts.

Over the past decade, Marriott has shifted from being a company that replicates to grow to one that innovates to grow. And its new culture of innovation depends on its commitment to diversity and inclusion. These dual priorities are being expressed at the Marriott Irvine Spectrum in subtle and noticeable ways.

Guests won’t see the reservations system that’s being tested, but they might order lunch through a beta program called Mobile Dining. Aware that travelers increasingly use services like Uber Eats and Seamless as alternatives to room service, Marriott created a mobile service that allows them to dine anywhere in the hotel, from the lobby to the rooftop lounge.

Visitors might notice that the general manager is a 31-year-old woman—a rarity in an industry where an estimated 20 percent of GMs are female, and far fewer are young.

Dianne Markis, Irvine’s General Manager, says that other hospitality companies she worked for were male-dominated, and she spent many years trying to act older than she was. “I was especially attracted to this hotel because I got to be who I am,” she says. “A GM who’s not going to have every answer but comes to it with a fresh perspective.” Marriott is among the leading companies that recognize that today, success requires tapping the ideas, passion and full potential of everyone in the organization, no matter who they are or what they do. And that approach to agility and invention is grounded in creating a great workplace experience for all employees—of all ages, genders, races and abilities. It’s a new Marriott, one that is For All and By All.