How Cisco Has Blended Bold Action With Humble Leadership 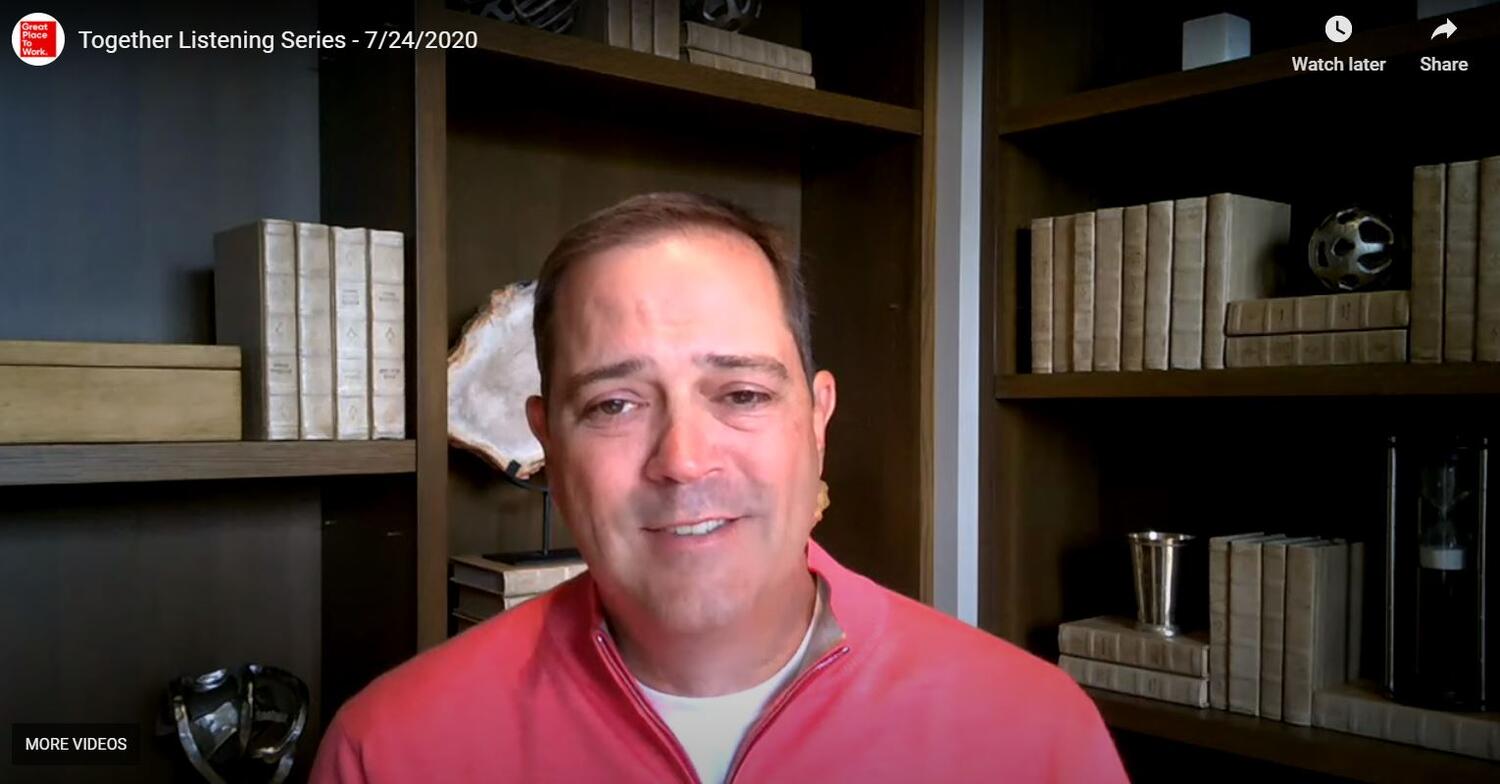 Cisco's CEO Chuck Robbins and his team had a running start on the global reckoning over racism.

Back in the fall of 2019, Chuck had read "White Fragility." And that book helped prompt Chuck, who is white, to learn more about racial disparities at his 77,000-employee technology company.

In January, Chuck arranged a "fishbowl" activity in which 18 Black leaders from across Cisco came together and spoke about their work experience, while Robbins' executive team watched and listened from the periphery of the room.

After nearly three hours of witnessing the conversation among the Black employees, executive team members then responded to what they'd heard. It was an emotional moment, as the senior executives came to terms with a culture that wasn't as inclusive as they'd thought.

"We all shared our thoughts back after hearing this," Chuck recalls. "And I would say 90 percent of my team, as they spoke, had tears in their eyes."

What followed was a 100-day "sprint" to tackle areas of racial inequity within Cisco. And those efforts helped prepare Cisco for the society-wide focus on racism sparked by the killing of George Floyd on May 25, and the protests that followed across the world.

"We had a bit of a head start," Chuck says. "We weren't caught flat-footed inside the company. And that has helped a great deal."

The way Chuck and his team have responded to the twin viruses of racism and COVID-19 was featured on the July 24 edition of "Better Together," Great Place to Work ®'s conversation series with exceptional, purpose-driven leaders.

Recession-proofing at Cisco and beyond

Michael, Chuck and Fran also discussed Great Place to Work research on how organizations can use D&I to thrive across the current recession. Michael noted that data from the Great Recession of 2007-2009 shows that companies with consistently inclusive, high-trust cultures outperformed peers.

Michael also highlighted some key areas where Cisco has excelled in its workplace culture, which helped prepare the organization for this year of crisis.

"That margin is impressive," Michael said. "That's why Cisco is performing the way that they are right now."

That performance isn't only about financial measures. (Though in the most recent quarter, Cisco increased the percentage of its software revenue coming from subscriptions—a key marker of financial resilience.)

Cisco's remarkable performance over the past several months is also about the creative, agile, humane way it has responded to the COVID-19 crisis, and then later, the racial justice uprising.

The coronavirus pandemic represented both an opportunity and a challenge for Cisco. Demand for its Webex collaboration technology soared as customers switched to remote work arrangements. Volumes on the Webex platform tripled in April, Chuck said.

That put great pressure on Cisco's workforce to deliver. And they did, Chuck said.

"The teams that were building out our infrastructure for this platform worked seven by 24 for probably a month solid just to deal with the increased volumes," he said. "Because these platforms were never designed for the entire world to be working from home."

Cisco's focus was based on trust and caring for customers, rather than raking in additional dollars right away.

"We didn't say, 'Well, send us a purchase order and we'll get over there and help you out,'" Chuck said. "We just went and just got the technology out there and said, 'We'll figure it out later.'"

The economic downturn prompted by COVID-related shutdowns meant that customers faced cash shortages. Cisco responded by enabling many customers to finance their purchases. "We put out a two and a half billion dollar credit facility to allow them to defer most of the payments until 2021, if they have urgent needs," Chuck said.

Then came the brutal death of George Floyd, which touched off global outrage and protest.

Chuck built on Cisco's earlier momentum in addressing race internally by inviting experts in the field to speak with the entire staff. The weekend after Floyd's murder, Chuck reached out to both Bryan Stevenson, found of the advocacy group Equal Justice Initiative, and Darren Walker, president of the Ford Foundation.

"On Monday morning, we had a special weekly check-in for all of our employees and I had Darren and Bryan on there, and they just did an amazing job," Chuck says. "We hit the issues really hard."

Cisco hit the issues hard, and some hard challenges surfaced.

"When we had the first conversation, there was a ton of emotion," Fran said. "And it almost feels like you open up Pandora's box as it relates to racism, what's acceptable, what's not acceptable. It's incredibly emotional."

Emotional, and in some cases, out of bounds.

"There were a few comments in the chat that we consider inappropriate," Fran recalls. "And what we decided to do in the follow-up meeting was to bring this 'workplace color spectrum' that we have to the discussion."

That color spectrum involves defining what kinds of comments are "green" and which are "yellow," "orange" and "red." Green comments are respectful, productive and inviting—even if they dispute a viewpoint. Fran and her team provided examples of each kind of comment, to help employees know how to keep the conversation constructive.

"When you get to red," Fran said, "it's pretty toxic and disruptive."

Michael said Cisco's spectrum tool is very helpful for the kinds of difficult conversations on race needed today. "People need some guidance, they need examples," Michael said. "They need to know that the organization understands how difficult it is, and provides some support in terms of guidelines."

Accelerating the global For All™ movement

Cisco didn't just look inward to address racial equity issues. As the protests rolled across the United States and the globe, Chuck got on the phone with CEO peers to talk about concerted efforts.

As a leader in the Business Roundtable, Chuck is helping to spearhead a set of actions through that group of major company CEOs. These include a push for better access to capital in minority communities and a recommendation that Congress pass a bipartisan policing reform measure.

Along with the bold leadership, Cisco's top executives have modeled humility. It's vital for leaders to admit they're going to make mistakes along the way, Chuck said. The modesty helps overcome resentment and brings people together to accomplish real change.

"I've always said on issues where you don't know, just say upfront that, 'I'm not an expert,'" Chuck said, "And then people will give you grace."

To Chuck, there's an urgency to tackling questions of systemic racism.

"You have these opportunities in life where there is a moment that you have to seize and you have to be willing to take action, because you may not get it again for a while," Chuck said.

"Historically, the problem has been that we've forgotten these things too quickly. And so I think our job is not to let these be forgotten until we get to a better place."

Watch the full conversation with Cisco's Fran and Chuck here.

Leaders like Fran and Chuck are guiding uncomfortable yet critical conversations about race and more. These CEOs are improving the employee experience for everyone and having an impact on the greater community.

How Cadence Supported Employee Mental Health in a Year of Crises 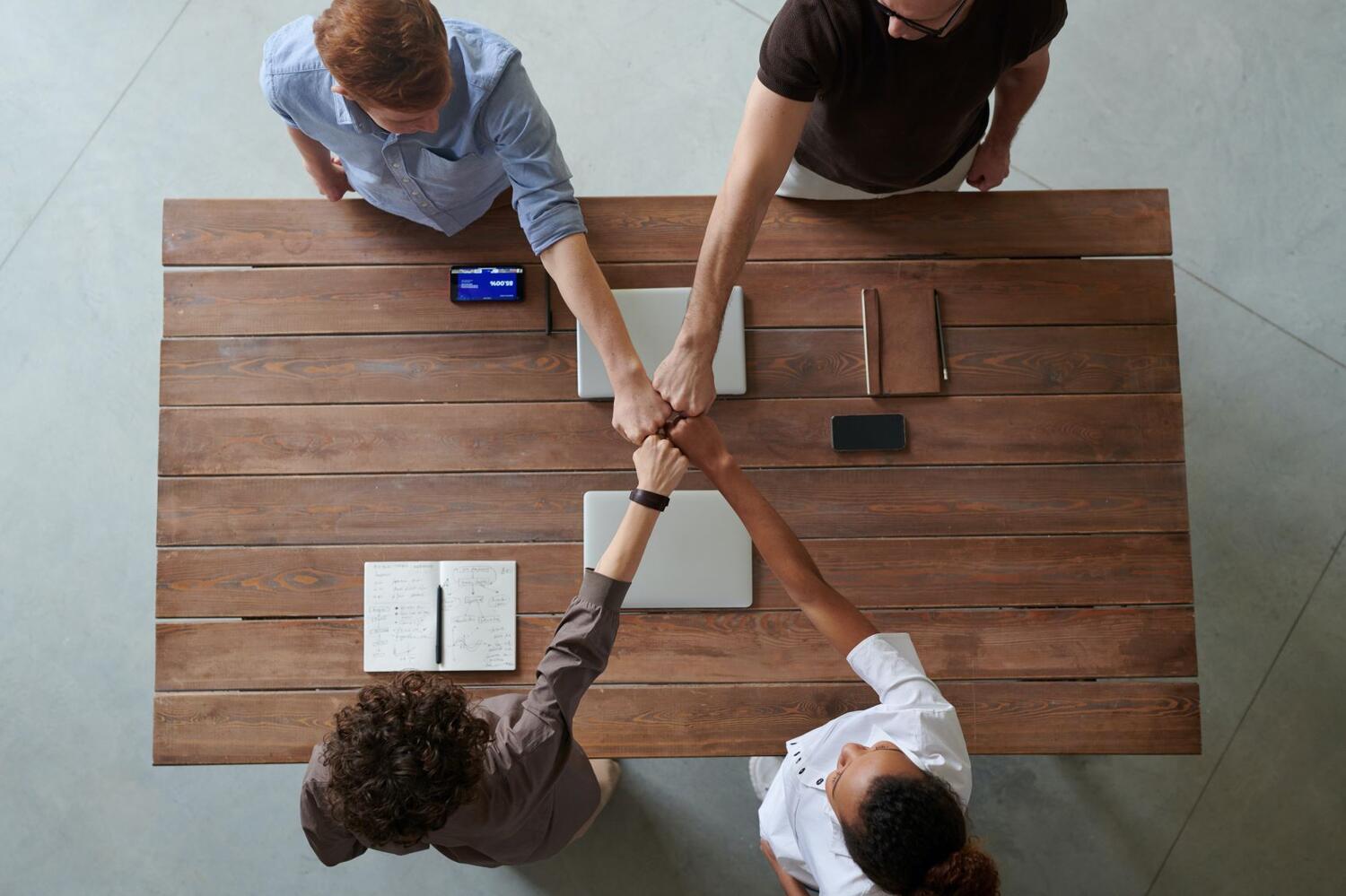 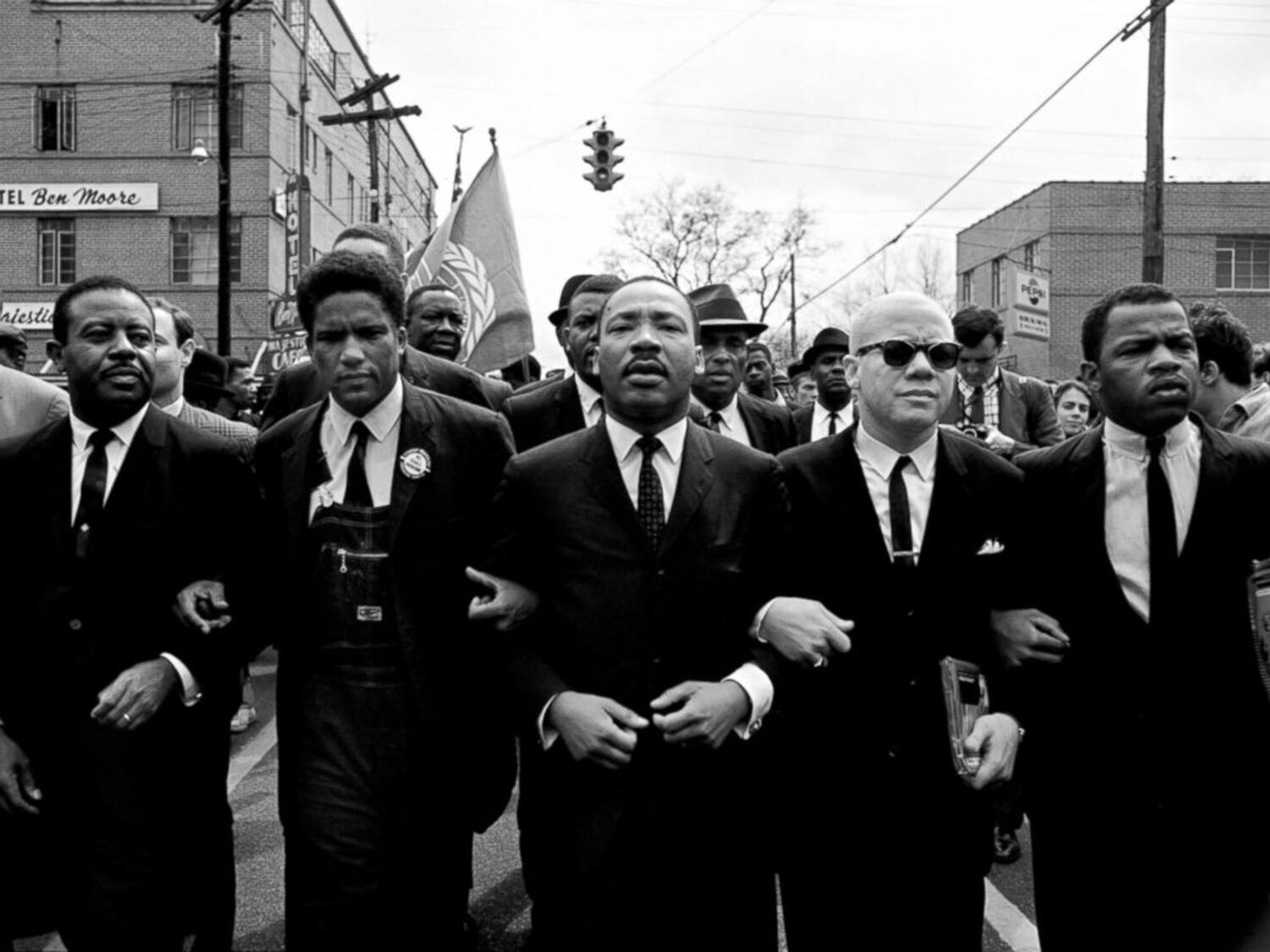 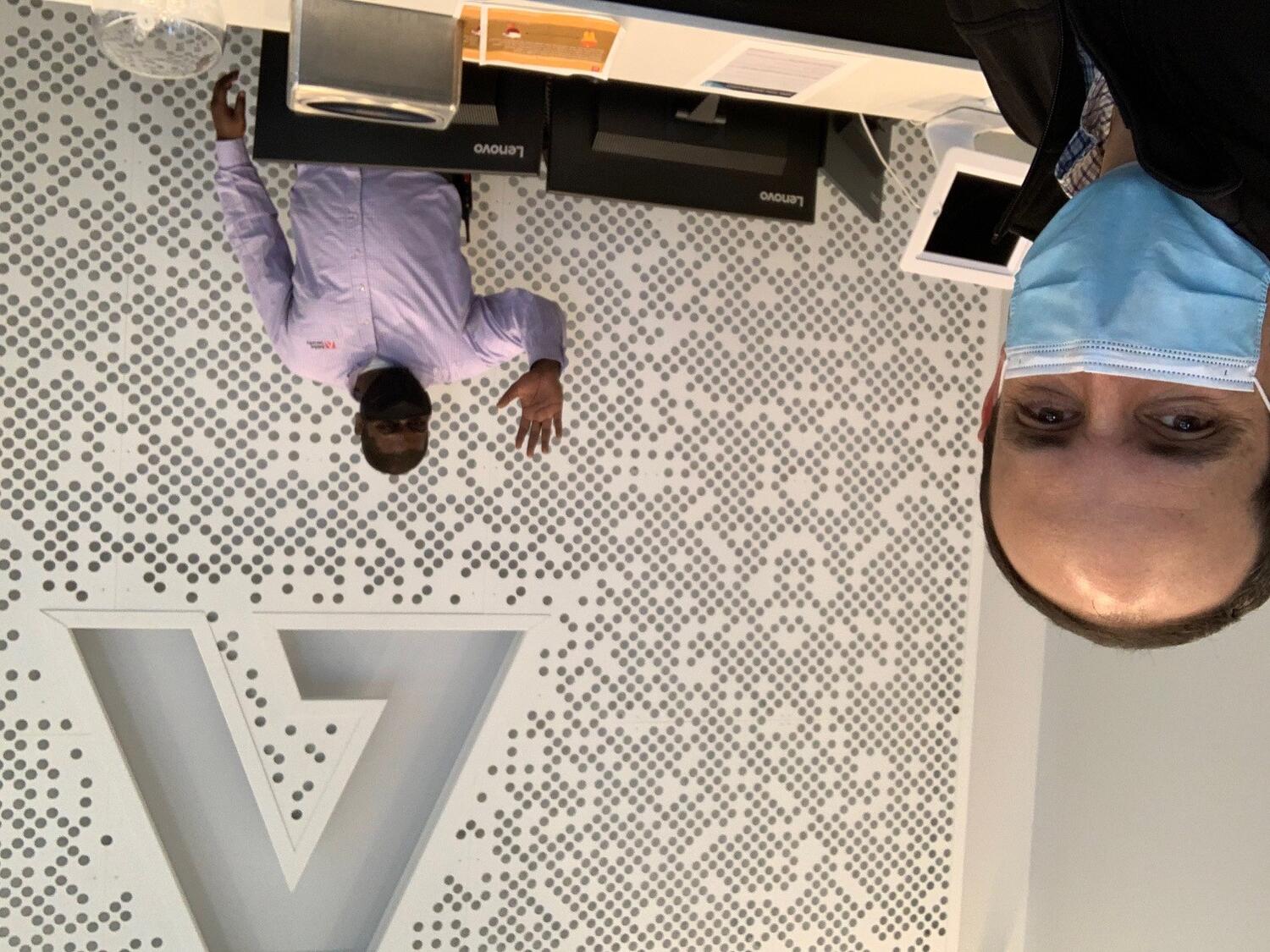 How Adobe Is Planning To Return Employees To the Office